Binaural Beats through the auditory pathway: from brainstem to connectivity patterns 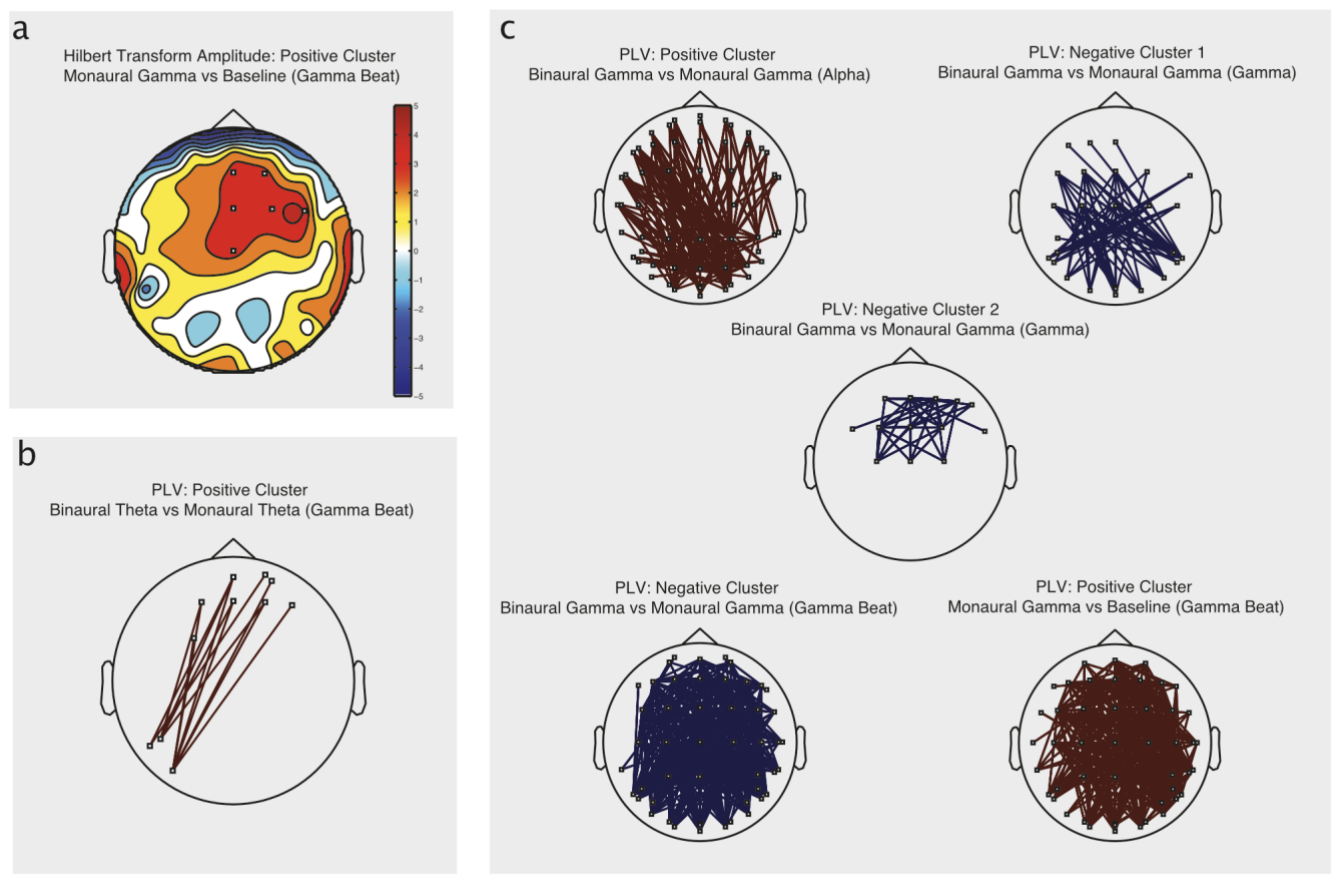 Binaural beating is a perceptual auditory illusion occurring when presenting two neighboring frequencies to each ear separately. Binaural beats have been attributed to several controversial claims regarding their ability to modulate brain activity and mood, in both the scientific literature and the marketing realm. Here, we sought to address those questions in a robust fashion using a single-blind, sham-controlled protocol. To do so, we characterized responses to theta and gamma binaural beats and “sham” stimulation (monaural beats) across four distinct levels: subcortical and cortical entrainment, scalp-level Functional Connectivity and self-reports. Both stimuli elicited standard subcortical responses at the pure tone frequencies of the stimulus (i.e., Frequency Following Response), and entrained the cortex at the beat frequency (i.e., Auditory Steady State Response). Furthermore, Functional Connectivity patterns were modulated differentially by both kinds of stimuli, with binaural beats being the only one eliciting cross-frequency activity. Despite this, we did not find any mood modulation related to our experimental manipulation. Our results provide evidence that binaural beats elicit cross frequency connectivity patterns, but weakly entrain the cortex when compared to a sham stimulus. Whether these patterns have an impact in cognitive performance or other mood measurements remains to be seen.

Binaural beats have been a source of speculation and debate in the scientific community. Our study addresses pseudo-scientific marketing claims and approaches them using proper experimental control and state-of-the-art signal processing techniques. Here we show that binaural beats can both entrain the cortex and elicit specific connectivity patterns. Regardless of this, our sham condition was able to entrain the cortex more strongly, and both binaural beats and the sham condition failed to regulate mood. All in all, though binaural beats weakly entrain cortical activity and elicit complex patterns of connectivity, the functional significance (if any) of these patterns remains an open question.