Interactive Psychometrics for Autism with the Human Dynamic Clamp: Interpersonal Synchrony from Sensory-motor to Socio-cognitive Domains 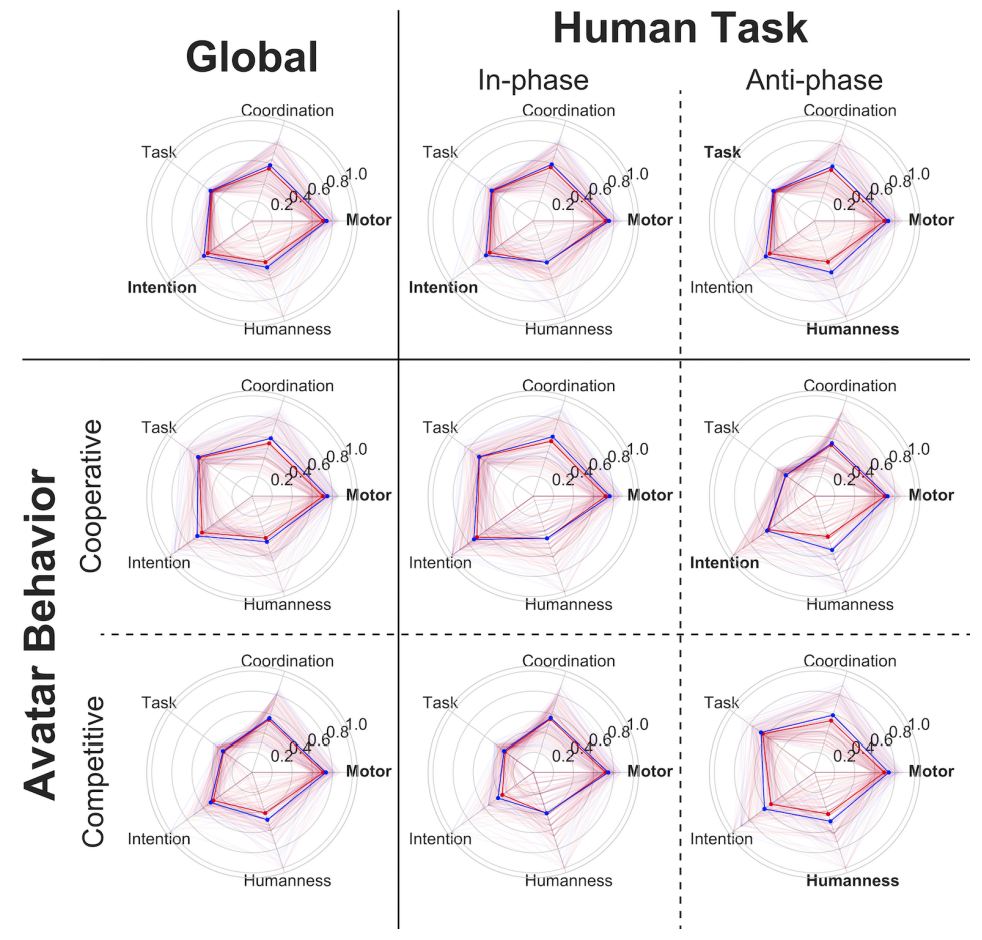 Background: The Human Dynamic Clamp (HDC) is a human-machine interface for studying realistic social interaction under controlled and reproducible conditions. Here, we propose to probe the validity of the HDC as psychometric instrument for quantifying social abilities in children with Autism Spectrum Disorder (ASDs) and neurotypical development. Methods: To study behavioral synchrony, we derived from interaction with the HDC avatar, five standardized scores following a gradient from sensory-motor and motor to higher socio-cognitive skills, in a sample of 155 individuals (113 with ASDs, 42 typically developing participants; aged 5 to 25 years; IQ>70). Results: We conducted regression analyses with normative modeling on global scores according to four sub-conditions (avatar behavior “cooperative/competitive”, human task “in-phase/anti-phase”, diagnosis and age at inclusion). Children with ASDs tend to have significant lower scores than controls for motor skills. Independently of the phenotype, socio-cognitive skills increase with developmental age, while being affected by the ongoing task and the behavior of the avatar. Discussion: The weaker performance in participants with ASDs for motor skills suggests convergent validity for this score of the HDC during social interaction. Results provide additional evidence of a relationship between sensory-motor and socio-cognitive skills. As we found a significant main effect of age at inclusion, HDC may be used as a marker of aging of socio-cognitive skills during real-time social interaction. Conclusion: Through its standardized and objective evaluation, the HDC not only represents a valid paradigm for the study of interpersonal synchrony but also a clinically relevant psychometric instrument for the evaluation and stratification of socio-motor dysfunctions.