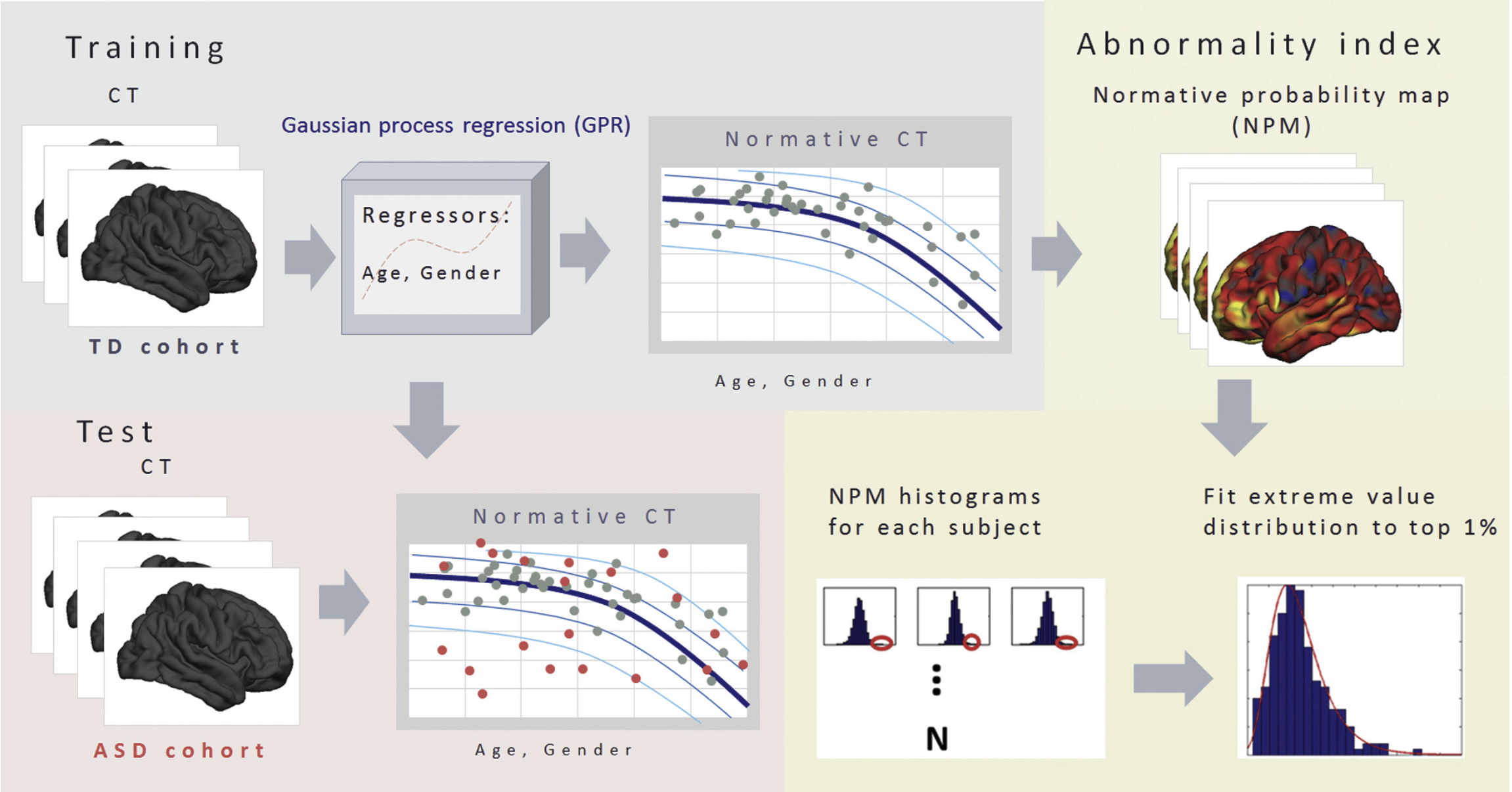 Methods
Here, we used an innovative normative modeling approach to parse biological heterogeneity in ASD. We aimed to dissect the neuroanatomy of ASD by mapping the deviations from a typical pattern of neuroanatomical development at the level of the individual and to show the necessity to look beyond the case-control paradigm to understand the neurobiology of ASD. We first estimated a vertexwise normative model of cortical thickness development using Gaussian process regression, then mapped the deviation of each participant from the typical pattern. For this, we employed a heterogeneous cross-sectional sample of 206 typically developing individuals (127 males) and 321 individuals with ASD (232 males) (6–31 years of age).

Results
We found few case-control differences, but the ASD cohort showed highly individualized patterns of deviations in cortical thickness that were widespread across the brain. These deviations correlated with severity of repetitive behaviors and social communicative symptoms, although only repetitive behaviors survived corrections for multiple testing.