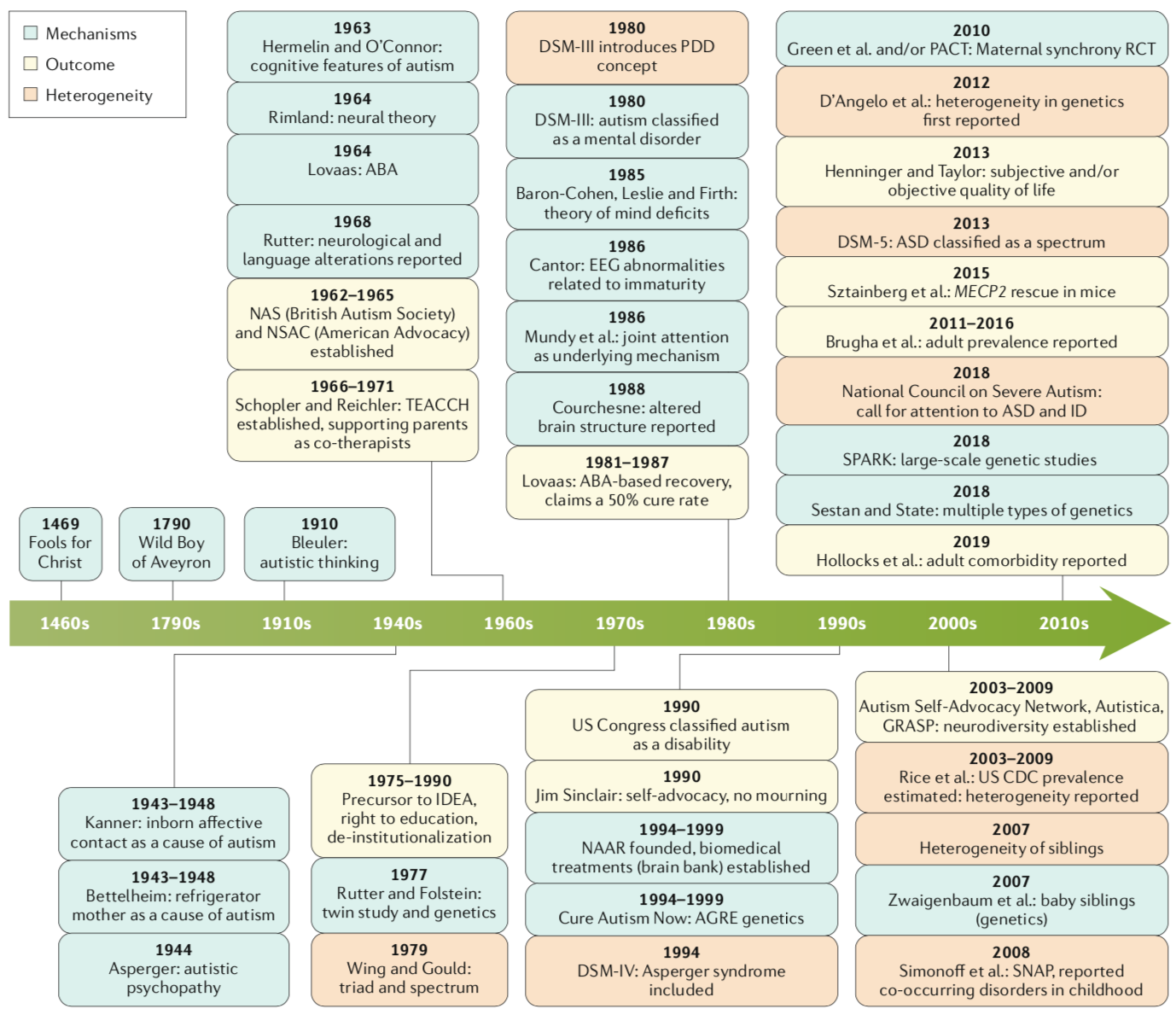 Autism spectrum disorder is a construct used to describe individuals with a specific combination of impairments in social communication and repetitive behaviours, highly restricted interests and/or sensory behaviours beginning early in life. The worldwide prevalence of autism is just under 1%, but estimates are higher in high-income countries. Although gross brain pathology is not characteristic of autism, subtle anatomical and functional differences have been observed in post-mortem, neuroimaging and electrophysiological studies. Initially, it was hoped that accurate measurement of behavioural phenotypes would lead to specific genetic subtypes, but genetic findings have mainly applied to heterogeneous groups that are not specific to autism. Psychosocial interventions in children can improve specific behaviours, such as joint attention, language and social engagement, that may affect further development and could reduce symptom severity. However, further research is necessary to identify the long-term needs of people with autism, and treatments and the mechanisms behind them that could result in improved independence and quality of life over time. Families are often the major source of support for people with autism throughout much of life and need to be considered, along with the perspectives of autistic individuals, in both research and practice.