Enhanced emotional responses during social coordination with a virtual partner 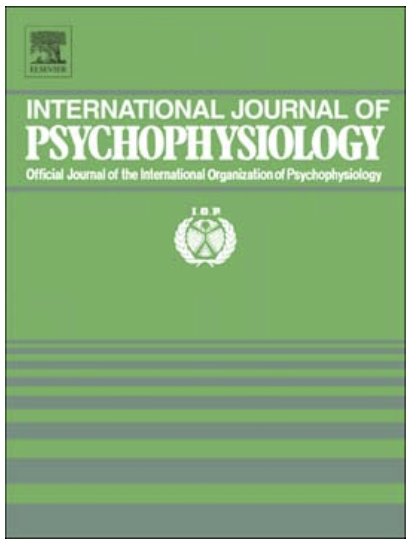 Emotion and motion, though seldom studied in tandem, are complementary aspects of social experience. This study investigates variations in emotional responses during movement coordination between a human and a Virtual Partner (VP), an agent whose virtual finger movements are driven by the Haken-Kelso-Bunz (HKB) equations of Coordination Dynamics. Twenty-one subjects were instructed to coordinate finger movements with the VP in either inphase or antiphase patterns. By adjusting model parameters, we manipulated the ‘intention’ of VP as cooperative or competitive with the human’s instructed goal. Skin potential responses (SPR) were recorded to quantify the intensity of emotional response. At the end of each trial, subjects rated the VP’s intention and whether they thought their partner was another human being or a machine. We found greater emotional responses when subjects reported that their partner was human and when coordination was stable. That emotional responses are strongly influenced by dynamic features of the VP’s behavior, has implications for mental health, brain disorders and the design of socially cooperative machines.